TEDxColumbusCircle: The Bold and The Brave 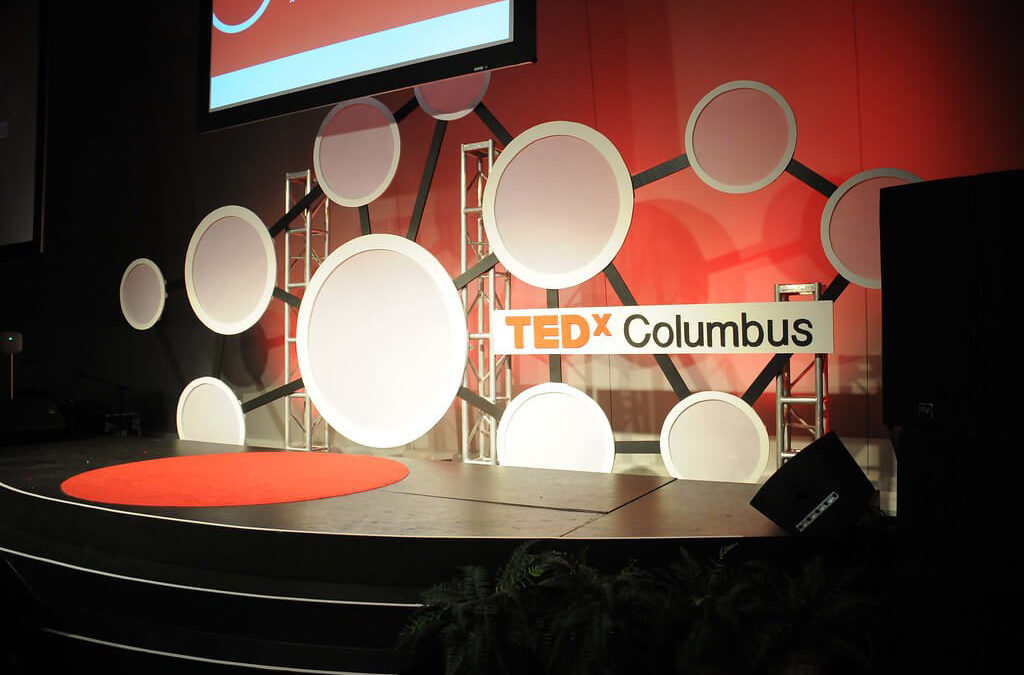 We’re not just about branding, we’re about big ideas. As organizers of TedXColumbusCircle, Womenkind brought together a massive team of creative professionals, sponsors, and supporters to witness an array of fascinating speakers expand on the theme “The Bold and The Brave.”

If you missed it, here’s a recap:

Deborah Berebichez: How To Be A Hero When You Feel Like A Failure.
A born overachiever, Deborah Berbebichez defied skeptics all her life. In spite of economic obstacles, oppressive cultural norms, and the judgmental glare of those who doubted her, she became the first Mexican woman to earn a PhD in physics from Stanford University. She achieved everything she dreamed, and then abruptly lost momentum. What happens when achievers stop achieving? When high-performers stop performing? When winners feel like losers?

Ruaridh Connellan: Facing Life After Facing Death
As a photojournalist and filmmaker, Ruaridh Connellan is accustomed to bearing witness to human tragedy. This is the story of what happens when a man sent to cover a tragic story becomes so swept up in it, the tragedy becomes his own. It’s a harrowing personal account of facing death, making peace with death, and ultimately defying death – only to confront the struggles of ordinary life afterwards.

Andrew Horn: From Social Anxiety To Social Flow: A Practical Framework To Unlock Your Power With People.
In a world of hyper-connectivity, social anxiety has become the plague of a generation. Andrew Horn suffered, as a many do, from its debilitating effects. Inspired to understand its origins and ultimately overcome it, he researched and developed a specific approach to self-manage social anxiety. And it all begins with 3 simple questions.

Andrew Schulz: Can Comedy Be Funny Anymore?
For many comics, the job is to be a bit shocking, a bit provocative, and test a few social norms just to get a laugh. But in a culture where norms are being blown to bits and everyday life is a provocation, what’s a comic to do? This thoughtful and honest talk by writer, actor, and comedian Andrew Schulz reveals the challenges of getting an audience to laugh at a time when not much shocks anyone anymore.

Luke Bencie: How The Rest Of The World Lives: Kings, Sheiks, Warlords, And Dictators
International security consultant and man of mystery Luke Bencie shares a view of the world that very few people have. That is, he’s truly seen it all. Having travelled to nearly all the 190 countries on earth as an advisor to governments of all types, he’s been witness to the grey area on the fringes of diplomacy, law enforcement, and human rights. Still, his message is unwavering: as Americans, it is critical to travel, for we must see the world as it is in order to appreciate all that we have at home.

Cheryl Einhorn: When Your Inner Voice Lies To You
As humans, our inner voice is one of the most precious instruments of truth we have. Or so we’re told. Author, professor and scholar Cheryl Strauss Einhorn would like you to reconsider the honesty of your inner voice, because it could be lying to you. How would you know? This talk lays out a specific approach for verifying what your inner voice says to you so simply that anyone could put it to use immediately.

Derek Correia: The Parenting Paradox: The Unintended Consequences Of Our Best Intentions
Face it, you’re screwing up your kids. But with all the best intentions of course. Actually, it’s all your best intentions that are screwing up your kids. Derek Correia knows because he’s doing it, too. We can’t help ourselves. As parents, we love them want the best for them, but in giving them the best, what are we taking away?

Vaishnavi Sarathy: Who Decides How Smart You Are?
Her baby boy was born with a litany of developmental delays and cognitive deficiencies that would prevent him from ever understanding or interacting with the world. Vaishnavi Sarathy had no choice but the accept the grave diagnosis. Her son couldn’t speak, nor walk, and showed no sign of intelligence. Until one day he did. This is the story of one woman’s shocking discovery that though seemingly trapped, her son in fact has a rich intellectual life and sophisticated wit. Sarathy wants us all to understand that without a new method of exploration, no one will ever know what goes on inside another’s head.

Poonam Maini: Love And Courage In The Face Of Adversity
Proffered in an arranged marriage at 17, Poonam Maini endured years of physical and emotional abuse before one shocking incident ignited her courage to escape. Penniless with three small children, this is the inspiring story of one woman’s journey from victim to benefactor, a restauranteur who feeds diners nightly and souls around the world daily. A scrappy woman who picked up the scraps of her own tortured life and helps others do the same. You will not forget Poonam Maini.

Spencer Greenberg: The Science of Trusting Your Gut
The human brain has two spheres that operate entirely differently. Master the art of making them both work for you.

Bob Delaney: Confronting The Shadows
He was an undercover cop who infiltrated the mafia and made the biggest bust in organized crime history. And then he was an NBA referee who stood up to giants. What’s he learned from a life of full-on confrontation? That sometimes the hardest thing to confront is ourselves.

And A Special Thank You To Our Sponsors!